The other day my better half wanted to order a product on the internet. Something which is most of the time an easy thing (discussion about whether this is good or bad some other time...) proved in case of this specific shop to be impossible. Reason: we obviously live on the wrong street, because it's name contains less than 5 characters,  which apparently is not plausible...

See the screenshot below as a proof (in German).

Note: after some thought I chose to cut the web address of the shop  in question. My point is not to blame anybody, we all make mistakes (and I most probably made the most of them...), but to trigger some thinking...

I looked a bit around and found a case where the street is required to have at least 3 characters. Note: the screenshot indicates a webpage of die Zeit. 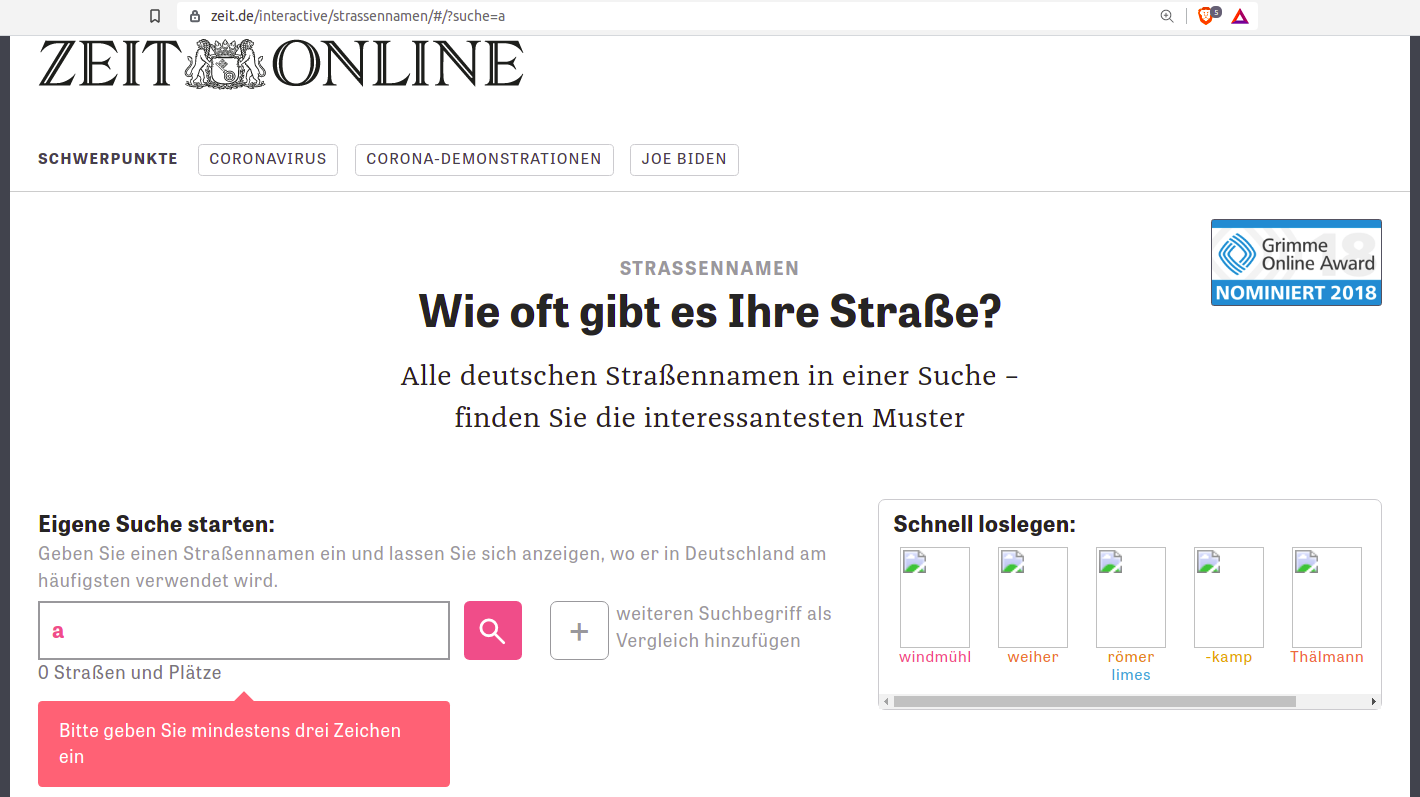 This time my street passes the exam, which made me thinking: obviously there seems to be no general rule of how many characters a street name should contain. Why not? And what would be a good check  for example for a street somewhere in Germany?

To my surprise, there is also a place called Elstertrebnitz with street names consisting of a single letter, with about 1300 inhabitants. I wonder if any of them ever managed to shop online... (if by chance any of you is reading this, drop me a line). 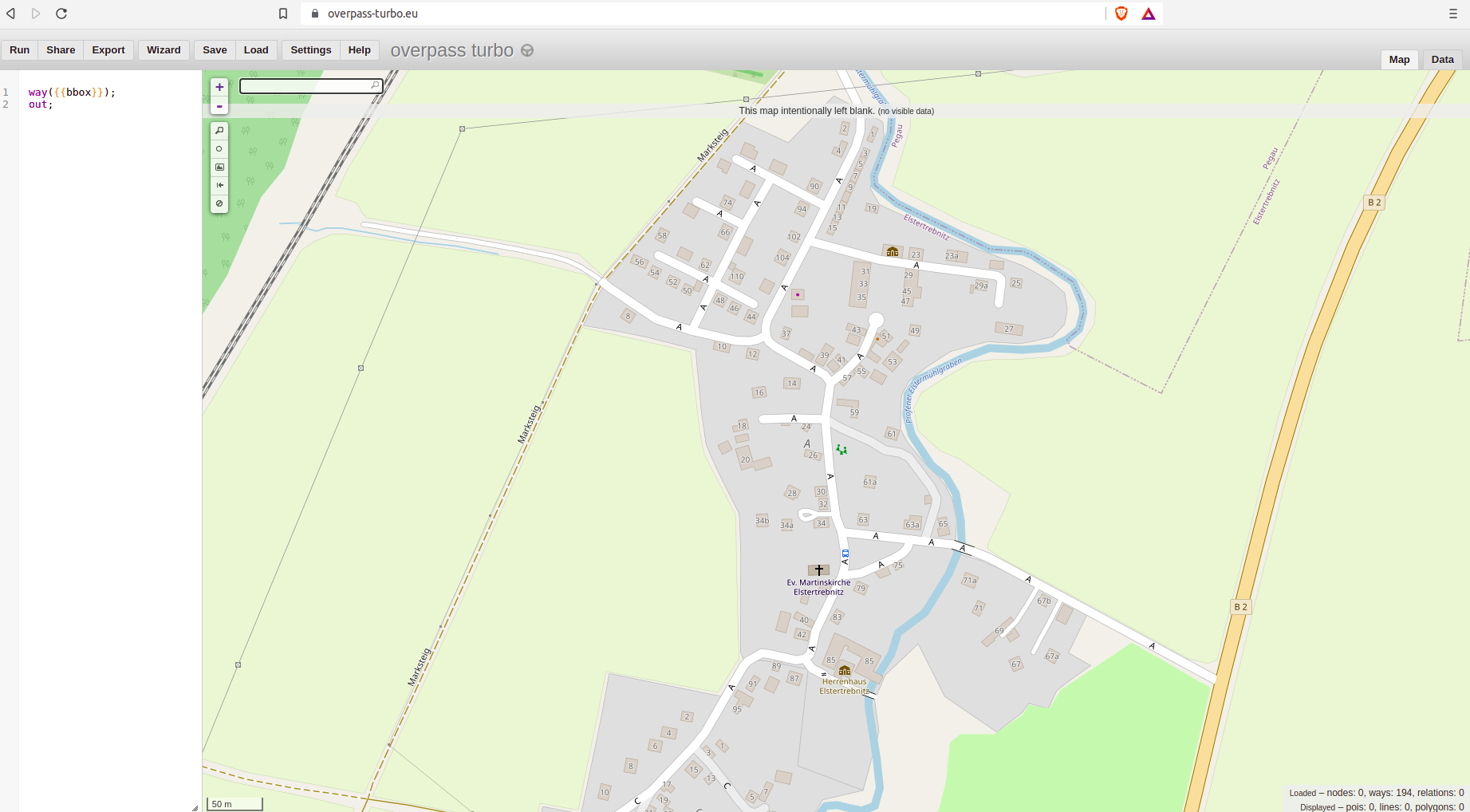 To my original question, why there is no general consensus on how long a street name can be. I know there are services out there which you can pay to verify addresses. There is also free information, which I found not trivial to digest. While openstreetmap offers the data, to analyse this data seems not to be trivial. I spent a few hours reading some documentation:

without success (i.e. I was not able to generate a CSV file with street names in Germany having less than 3 characters). Reasons: my regex knowledge is not good enough, the query timed out, and the osmdata package does not seem to offer the possibility of CSV output. But I'm sure that this is a doable task for a more skilled person.

The Arte channel is showing a Dutch serial (German only) In one of the scenes, somebody mentions that no law can protect us from what goes wrong in the world, and that one possible solution is for as many people as possible to take responsibility. For themselves and for other people. The piece of advice: if you see something wrong, try to fix it yourself or try to help by talking to the persons who have a word to say. To follow my own advice: I'll send the shop an email pointing to the problem. 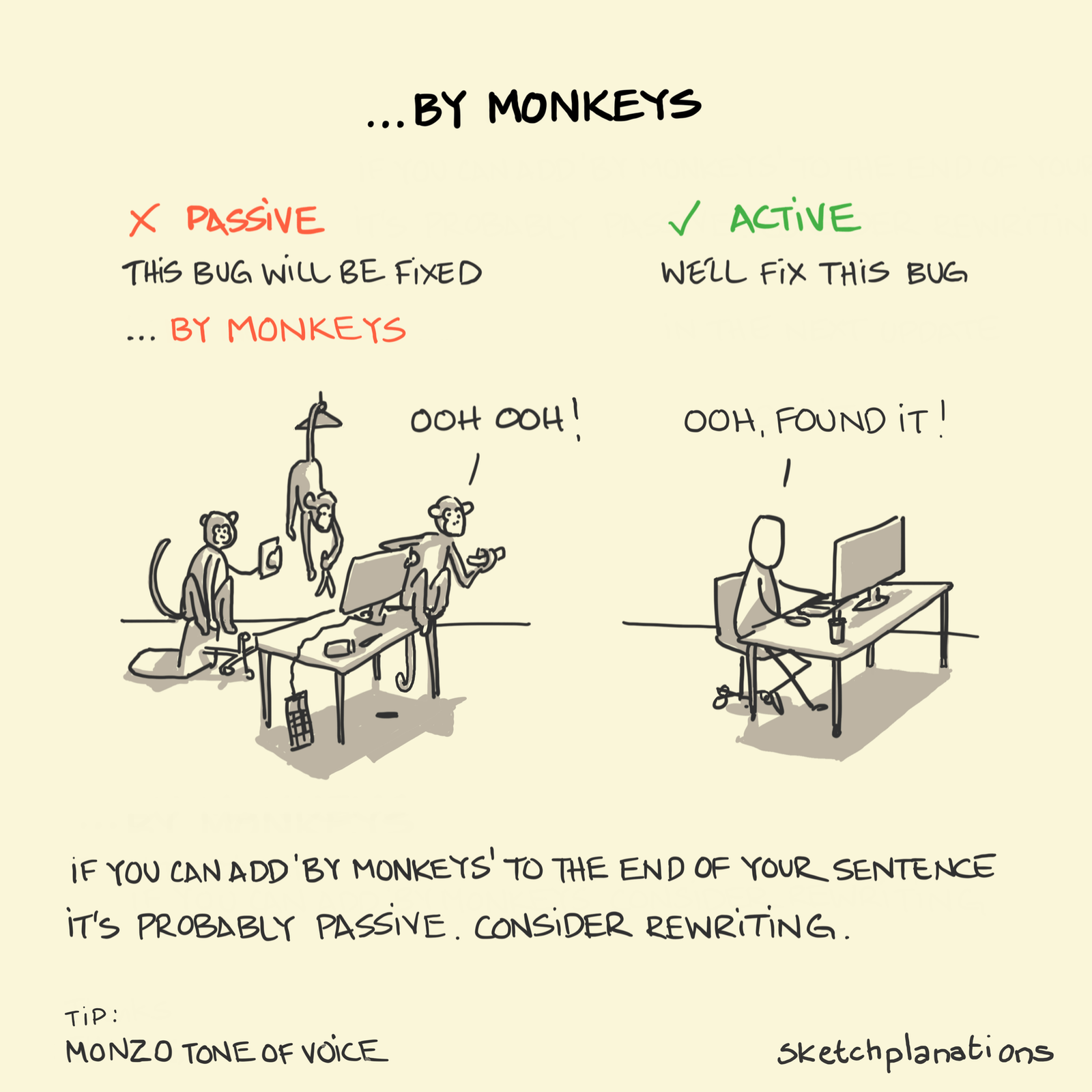 The other day I was reviewing a piece of code, where there was an assertion that the name of an R package should be at least 3 characters long. I choked and immediately remembered the problem described above. For completeness, here is the list of the CRAN packages: https://sketchplanations.com/by-monkeys. You'll see there that the first package name has only 2 letters.

Moral of the story: check your assumptions before turning them into assertions. Otherwise this will cost you work to fix them later when you'll proved wrong or, in the worse case, can cost you clients.